No data was found

In 2016, Nahualli, comes out of it’s building to set off the first project of collaboration between Aura Meztli (fashion designer/artist) and Melva Medina (sculptress). 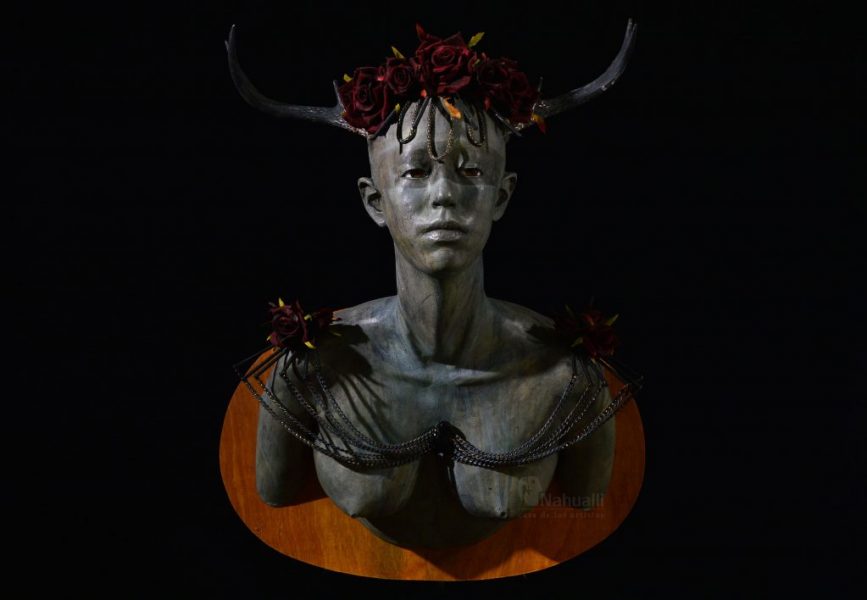 In 2016, Nahualli, comes out of it’s building to set off the first project of collaboration between Aura Meztli (fashion designer/artist) and Melva Medina (sculptress).

Starting from a series of drawings, she approaches in an overwhelming and clear way, the theme of sexual abuse; a lamentable phenomenon that currently affects our society.

These drawings are taken up by sculptress Melva Medina, who interprets them merging esthetic criteria of art and fashion, managing to project the message in an important and profound way on each of her sculptures.

The event was crowned with a fashion show, with clothing designed by Aura Meztli. Where two stages were distinguished; the first one, presenting elegant coats and jackets symbolizing modesty, shame, and repression, evoking with their extremely long sleeves, the straitjackets of psychiatric hospitals. On the second stage, the outerwear disappears, revealing very beautiful dresses, which emphasize the sensuality of bodies in a very subtle way, playing with transparencies and minimalistic forms. Fashion was a tool to recover strength and dignity for women.

When the soul of a human being is violated, the mind goes into a defensive mode and creates a shield that “protects” it, hiding itself in silence. What follows is a confinement that keeps the spirit imprisoned, confused and immersed in internal conflict and pain.

There are magic encounters between people, some intense and passionate, some harmonious and surrounded by love, but there are also savage encounters filled with sadism and hatred.

The world has polarized the human race. One side is rage, intolerance and physical aggression which foments sensationalism and promotes morbidity and yellow journalism. On the other side is spectacle, turning us into spectators and consumers of painful stories as part of a daily entertainment, closing our eyes to the morality and value of human rights.

The frequency of disaster and the primitive behavior of human beings justifies inhuman behaviors as part of the essence that characterizes our species.

The subtle encounter of caress and sexuality gets transformed into abuse when something that should be love, becomes primal, savage aggression to satisfy instinct. These acts violate defenseless human beings, disregarding the consequences of actions.

Our time is of fortunate change. The world, despite the presence of an evident chaos and a world humanitarian crisis, is opening its eyes and awakening. A large and sympathetic group of people around the world is starting to unify and radicalize stances that in a short time will lead to the awakening of consciousness. This is the work that the artist should fulfill. Our commitment is to use creative tools to denounce events, but also to propose alternatives offering relief and a solution to conflict. Art is the mechanism that crystallizes human acts. Art accompanies us and will continue distinguishing us form the rest of the species, saving the real essence of being that calls together our existence.

This is a project we have been working on for a little over a year, having its origin in some of the drawings of Aura Meztli, from which I as a sculptor interpret and transform them in new ways. Aura Meztli’s work gives us a breath of fresh air with fashion design dedicated to child sexual abuse victims. She gives us with these creations a tool for empowerment and strength helping us to keep moving forward with dignity while feeling safe, free, and attractive.

In this project, as with all the ones we do in Nahualli casa de los artistas, the family has been the foundation that inspires its realization. The support of Abel Vázquez and Alma Citlalli, have been essential to its fulfillment, as well as photographer Carlos Arjona. 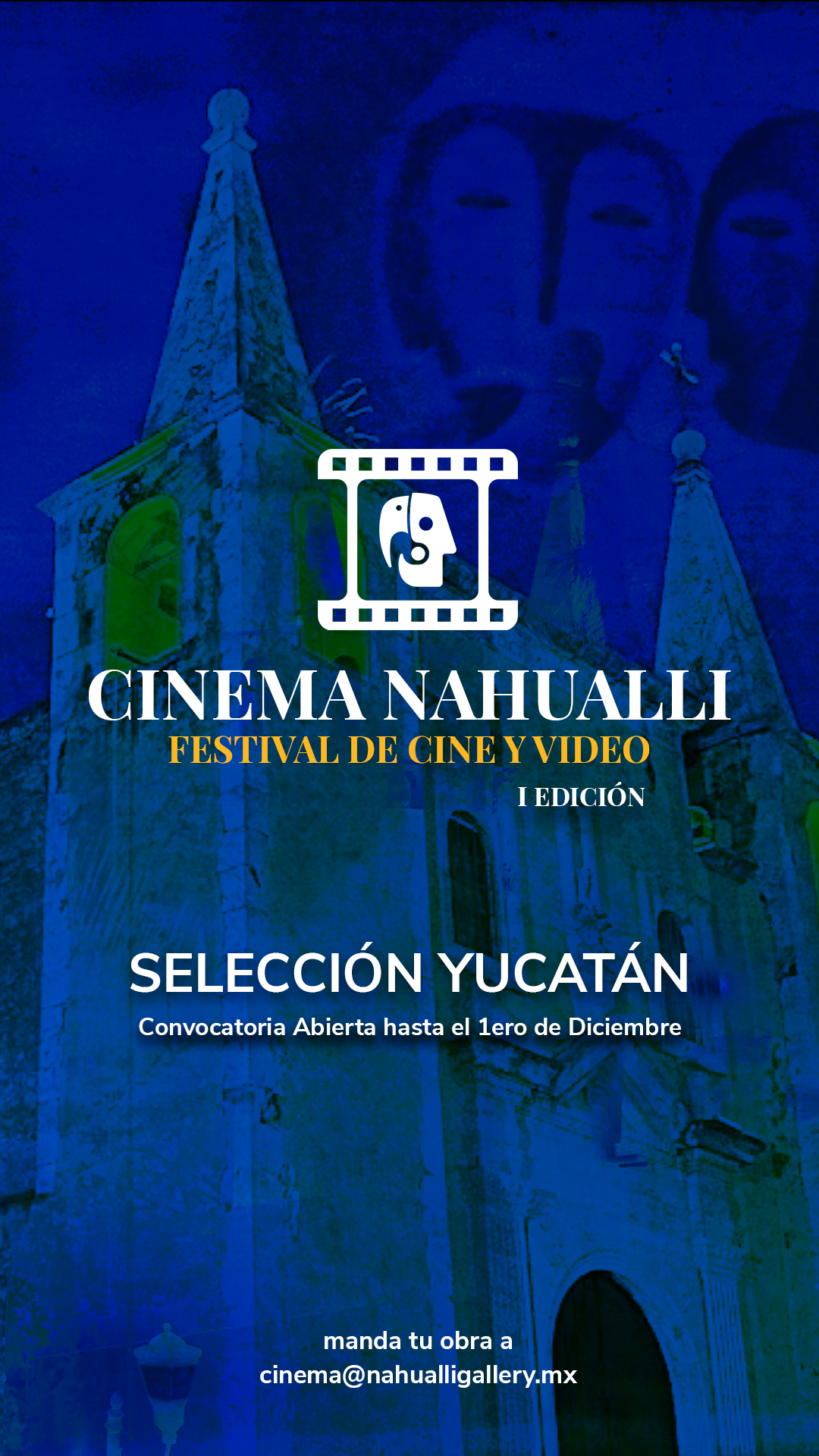 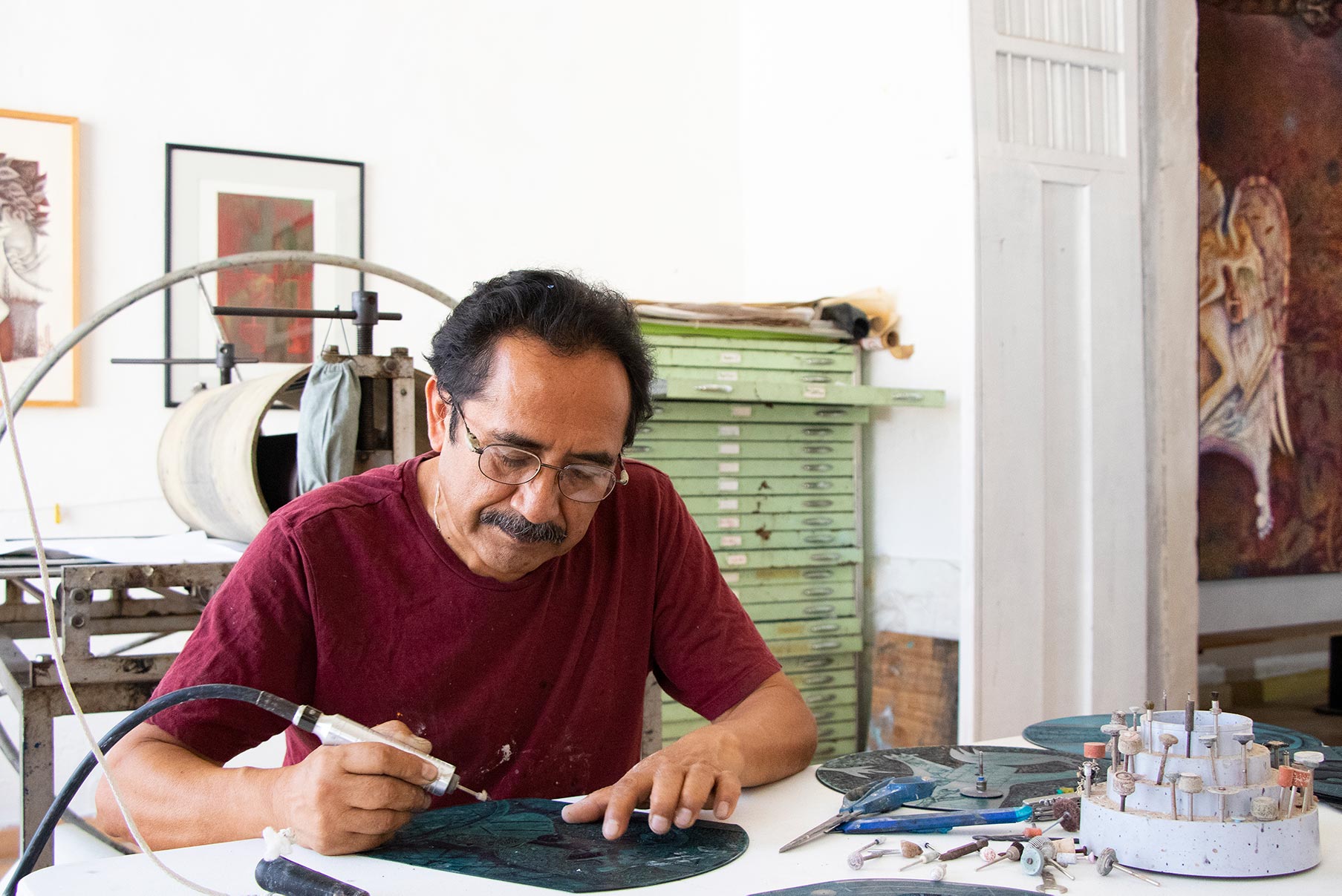 Abel Vázquez, during the 90’s, waiting for the arrival of his little daughter and living the first years of his… 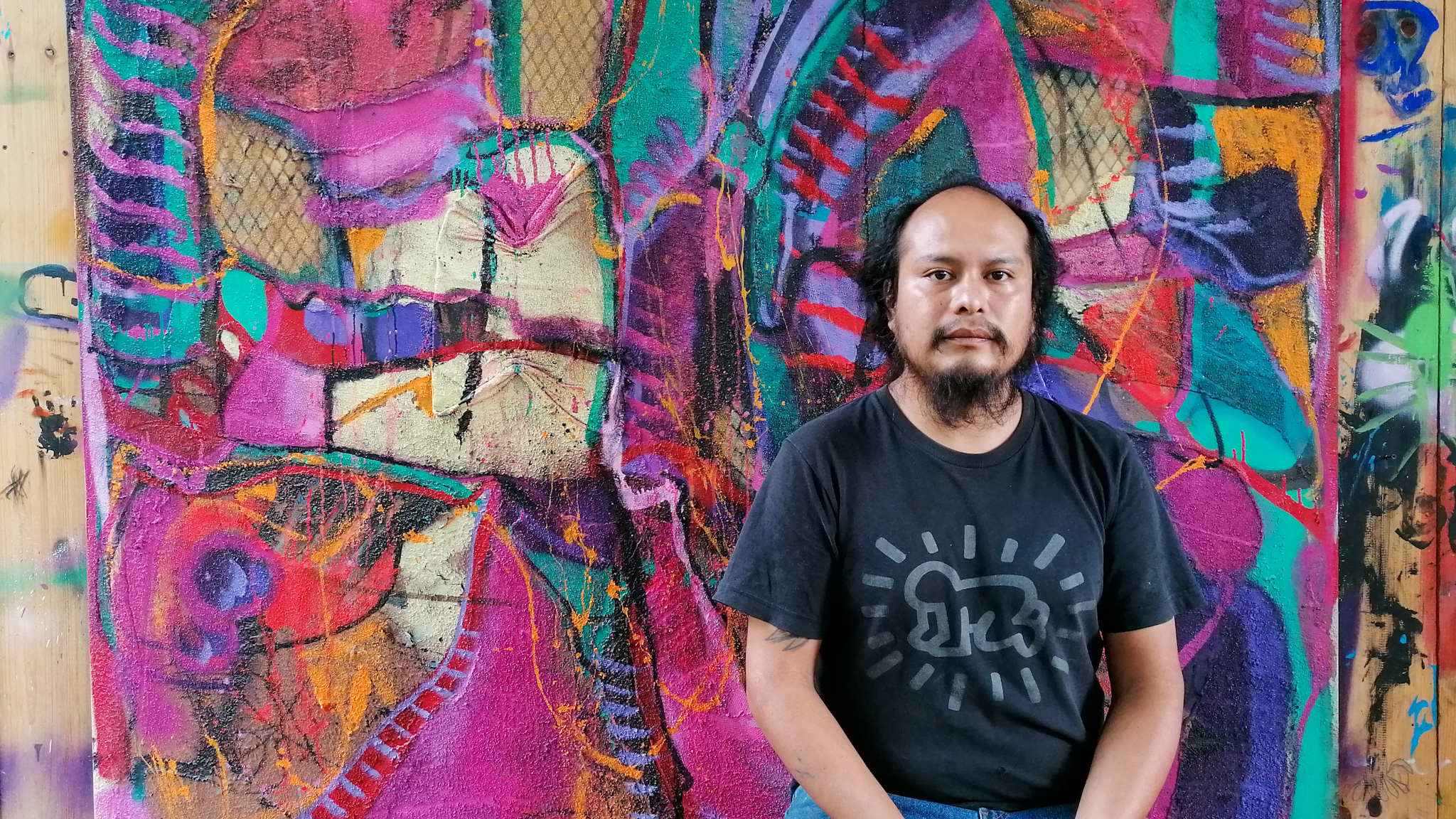 In a work close to a ritual; the artist shows us his inner complexity in a blurred tone, displaying a… 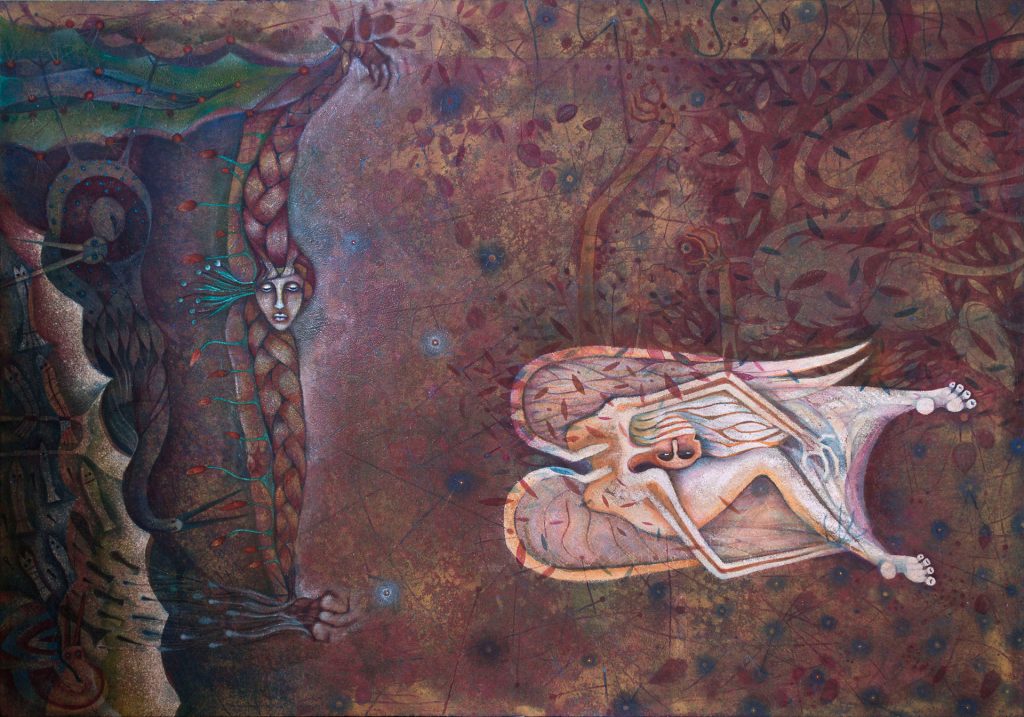 Time of no time

“There is no time to destroy or not destroy, it is about making a dialogue, why waiting for time? Just…

Nahualli in collaboration with Habla:...

Since 2010, Nahualli has had the opportunity to collaborate with Habla, generating dialogue exercises based on art to enrich the… 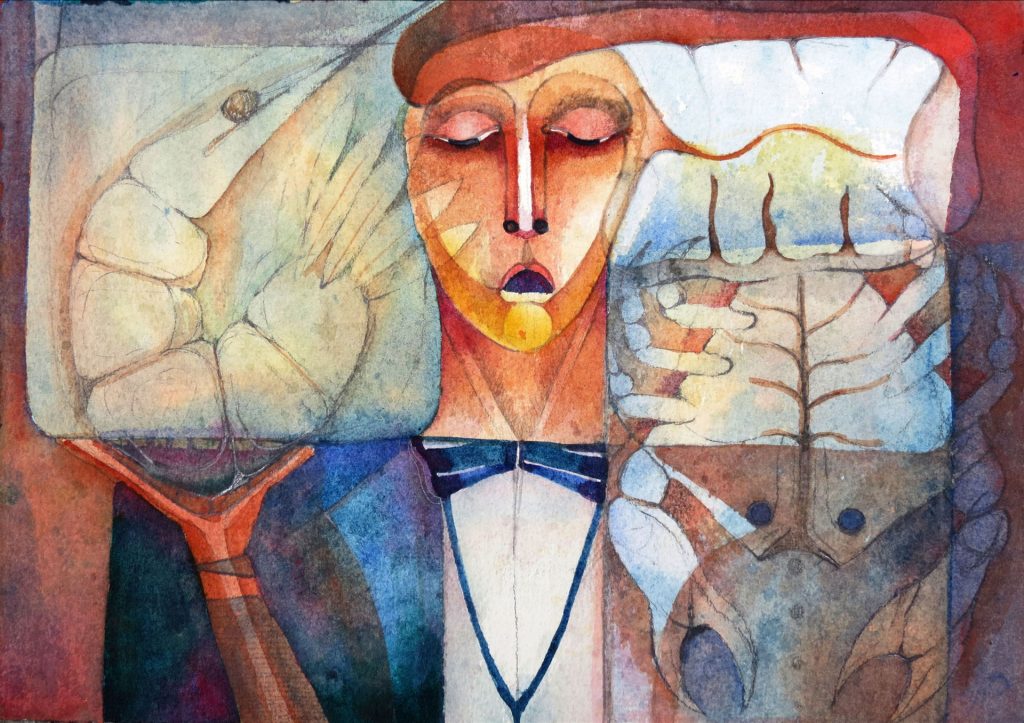 The true art of watercolor

A great number of artists have explored the aesthetic possibilities of watercolor, in addition to its versatile interaction with other… 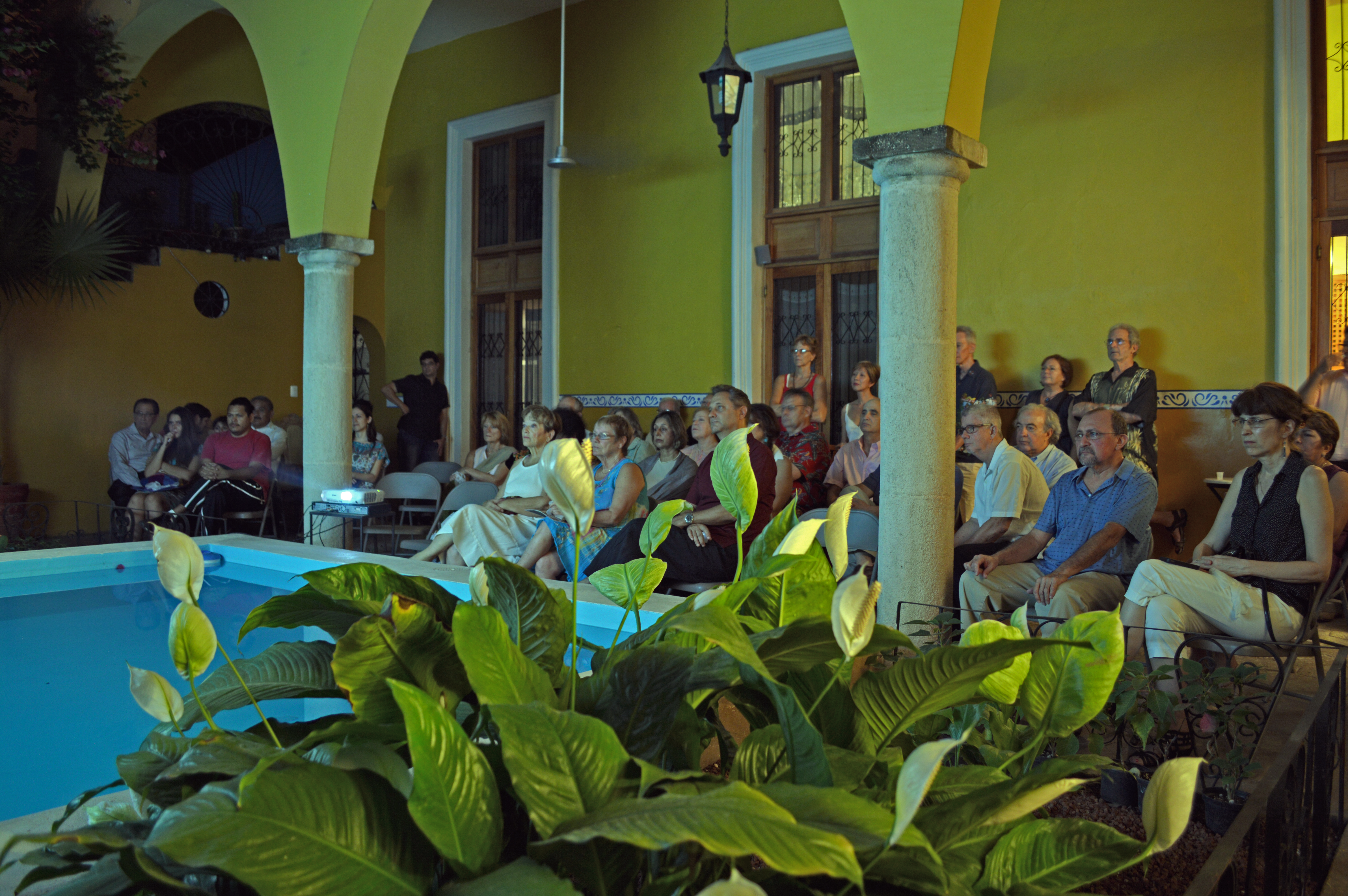 Cinema Nahualli is looking for the most creative, breathtaking, inspirational stories from around the world. If you are a film… 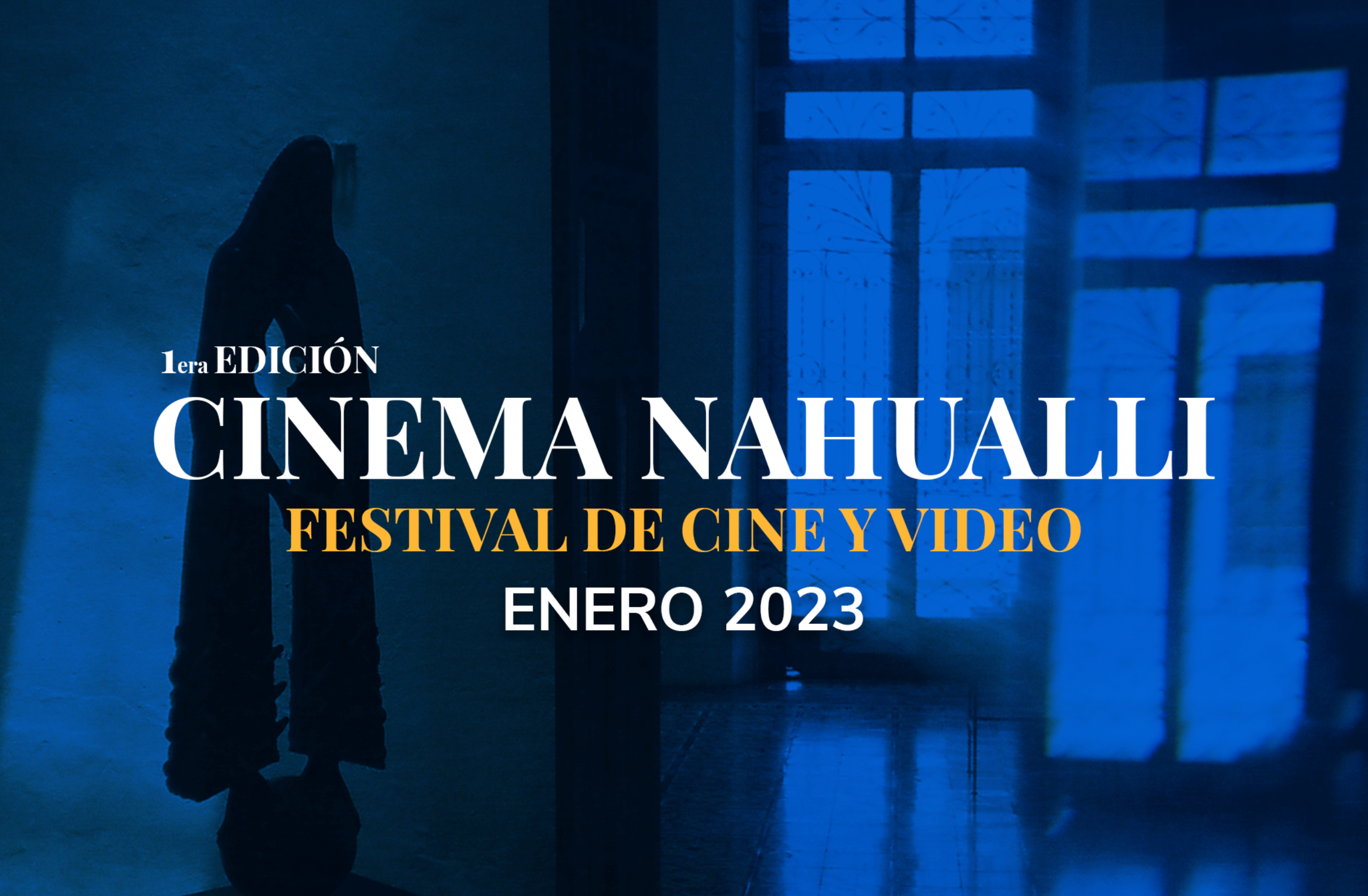 For Over 17 Years, Nahualli Gallery has promoted art in its different forms, such as painting, engraving, sculpture,… 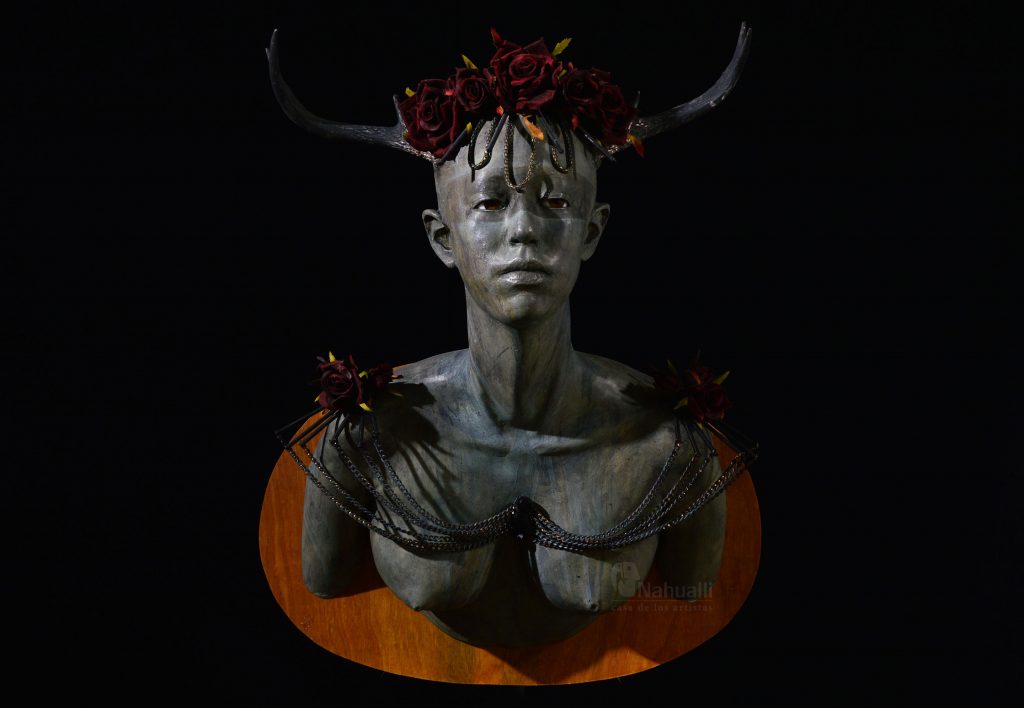 In 2016, Nahualli, comes out of it’s building to set off the first project of collaboration between Aura Meztli (fashion… 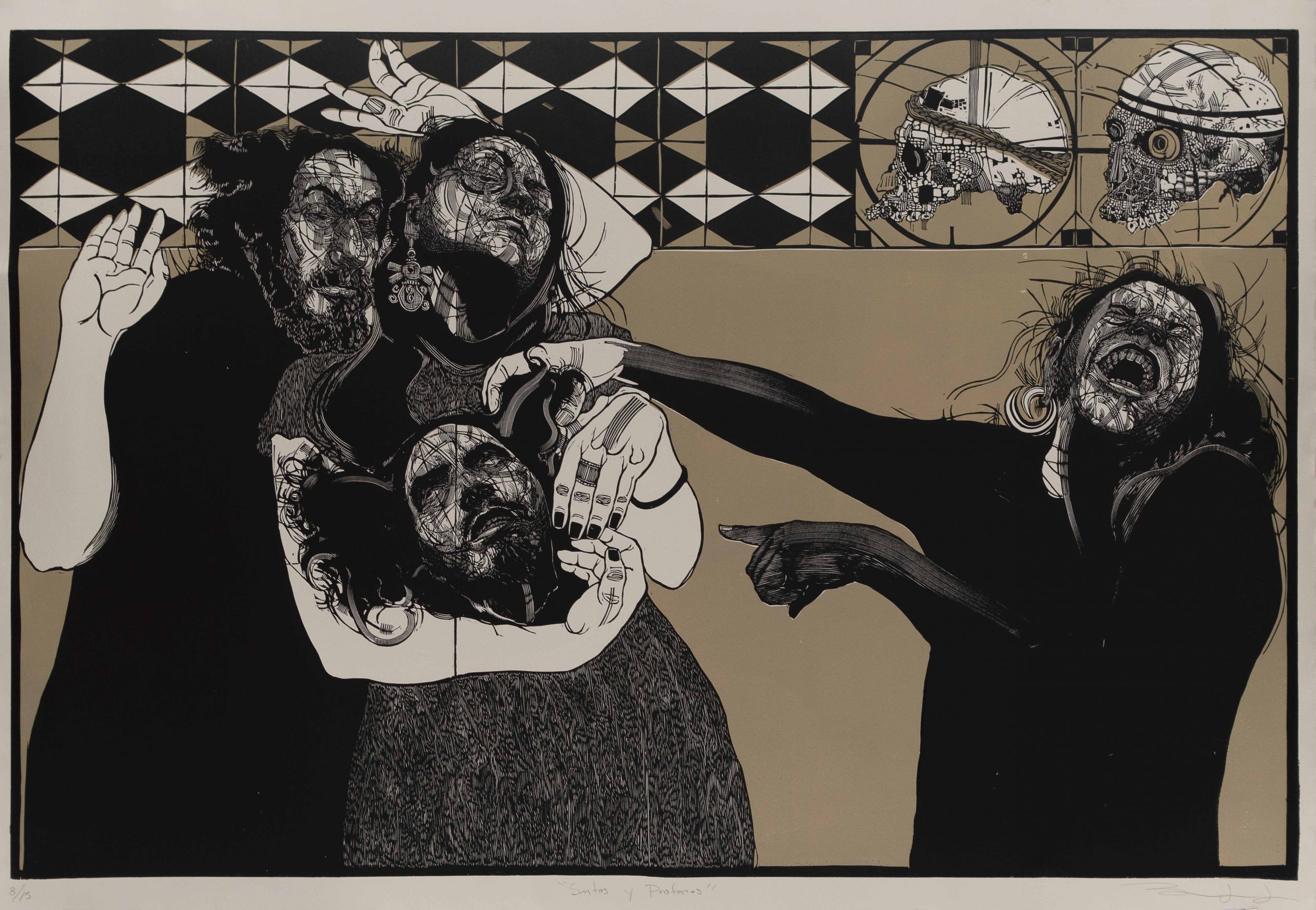 Perhaps the closeness with his teacher Shinzaburo Takeda has left a seed planted in his creations, which Iván transcends and…